Beat stress with The 5 Second Rule.

Beat stress with The 5 Second Rule.

I find the most simple techniques the most powerful. Mel Robbins‘ 5 Second Rule is just that, so simple and yet so powerful. In my work as a Naturopath, many times I’ve searched for a tool to help a person change their behaviour, quickly. Mel Robbins’ 5 Second Rule could be the, and your answer.

Mel Robbins is a renowned motivational and keynote speaker, a CNN legal and social commentator, the creator of The 5 Second Rule, and a best-selling author. Her books include Stop Saying You’re Fine and of course, The 5 Second Rule. I’ve read both and love her no-nonsense and scientific approach. 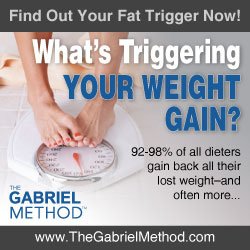 She explains we all have outstanding brains and minds and often come up with excellent, groundbreaking ideas and thoughts. Yet so many of us, myself included, fail to act on them. But why? the tragedy occurs in the moments just after the thought. The hesitation, the pause, allows the negative self-talk. From that stress builds and quickly this feeling of uncertainty leads your brain to take action to protect you against this stress. And what is that action, no action! You stop. And your thought is lost. Buried in a heap of great ideas you’ve never followed through with. The success you may have enjoyed by your unique thought or idea is gone.

How to stop screwing yourself over

Mel’s TEDx Talk “How to stop screwing yourself over” gives you an idea of her approach to her solution to stop this hesitation and allow yourself to move forward and not be stalled by your own fear.  And with over 13 million views you also get an idea of her popularity. I like her for her ‘if its to be it’s up to me’ approach. No blaming others, no waiting for a magic bullet. But through knowing how your brain works and why motivation isn’t the problem you can create the life you deserve. She is refreshingly honest in a day where often it is easier to look for an excuse than being your own solution.

I hope you enjoy Mel Robbins and her 5 Second Rule as much as I did. It could very well be life changing!

About the Author: Brian Killian